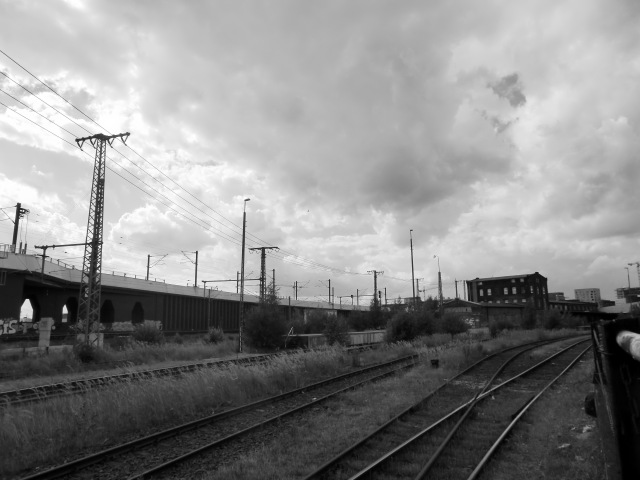 Material resources are things such as the quality and quantity of available space, the use and exchange value of land, density, heterogeneity etc. From my experience what is particularly important for the creative economy are spaces of interaction – not only among the members of the creative community, but also with the ones who do not belong to it.

Relational resources are hard to influence factors such as local power relations, mechanisms of exclusion and inclusion, everyday practices, heterogeneity of the local population etc. In our case I would like to focus on the importance of stretched-out relations that reach beyond the boundaries of the place, the ones that integrate the creative moment of a value-chain in a broad space of production and distribution.

Institutional resources can be divided into two groups: laws (regulations, norms etc.) and organisations (schools, cultural centres etc.) that condense and transmit knowledge. Urban development for the creative economy can not be considered only in terms of urban planning regulations. It needs to include social policy and strategies of redistribution if it is not to become one more instrument of exclusion. Also, the role of intermediaries – as mediators between the different systems of the creative economy and administration – has been stressed often enough (1).

Symbolic resources include reputation, image, identity, the imaginary, habitus etc.  As a rule, place branding addresses this type of resources and needs to be considered with great care. In my experience, creatives are very sensitive to anything they suspect to be potential instrumentalization (and rightly so) and tend to see through the bubbles of empty place-branding strategies.

Obviously these resources refer both to different geographical scales and different administrational responsibilities. This is one more reason to examine each one in the local context and avoid generalizations.

There are two basic principles I think we should keep in mind when actually considering planning for the creative economy:

The first principle is that the most creative places tend to be the ones with an ‘unready’ feel about them. Creativity happens where you have free space (both materially and mentally). This does not mean that we create in a void, or even in the absence of planning. On the contrary: what I think is needed is a mix between an institutional frame and free space, between permanent and temporary structures as well as a healthy mix of top-down and (real) bottom-up processes. This mix needs to be place-specific and flexible enough to react to change.

The second principle is based on the assumption that places are constantly constituted by interconnections. This means that we can not stop thinking about place at its boundaries and nor can we only look at the way places compete with each other. Their relations can have complex forms that include cooperation, interdependence and of course also competition. Also, not only are places  formed by far-reaching relations, they are equally the locus where such relations are produced. If we take this seriously it means that we need to think of how to interconnect the particular place we’re planning with others and make it a nodal point in far-reaching networks and value-chains.

None of the above is supposed to be part of a recipe. Rather, these thoughts should simply point out possible questions that we need to ask when considering planning. The answers will have to be context-dependent, but are also bound to take a different direction depending on who’s the one asking the questions.

(1) e.g. by Andy Pratt at the conference