Private Cities: When Ikea and Co. Develop Your City 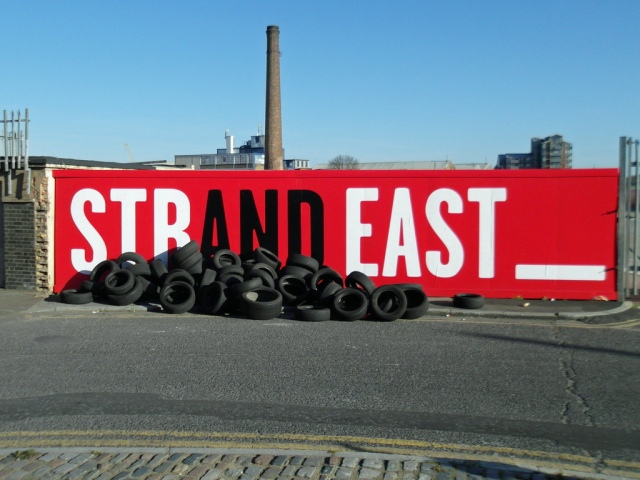 Concrete gold is back. Since the financial crisis in 2008 real-estate has become one of the most popular types of investment. No matter whether you are an international developer or a speculator, most cities welcome you with open arms – and the bigger you are, the better. Read more on how leading brands are taking the reins in city development.

City municipalities are broke. Not all of them but most are rather saving than spending money. Even in Germany, in one of the best-organized, European countries, national debt has more than tripled between 1980 and 2015. That’s a huge jump, even though Germany is rich and its debt is not dramatic. On one hand this puts city municipalities under pressure and makes them think: If there shows up a potential developer/taxpayer, why saying no? On the other hand investors consider their money to be safer in real-estates than in the hands of bankers. In fact, 600 billion US-Dollars have been invested by the private hand into 100 cities from mid-2013 to mid-2014 and even 1 trillion US-Dollars from mid-2014 to mid 2015, reveals Saskia Sassen.

That also explains why for the first time in history more than half of the real-estate investments in my hometown Vienna comes from abroad. While big sums are funneled into the hands of real-estate vendors and broken treasuries, small, regional and traditional companies have to strike their tents.  After generations of paying rent they just can’t keep up with what the international brands offer to the landlords. The latests developments show that city municipalities have become their newest target. Some brands have started to make offers to them too, like portrayed in this thoroughly researched and excellent documentary by Marc Evreux and Claire Laborey.

In London’s periphery these offers already seem to be routine. The retail giant “Tesco” builds whole mini-villages and provides his visitor or pedestrians with recreational, green  and swimming areas as well as with public squares (with anti-homeless-people- furniture) and even with schools. Enthroned in the center of these clone-like villages you will find the shopping-mall.

The Swedish chain “Ikea” also dabbles in urban development – in a more subtle way, though, and without any “Ikea”-markets in the center. The Swedes seek to revamp a whole triangle of post-industrial wasteland surrounded by goods-shipping canals and highway ramps in the far reaches of East London, as Doug Saunders reports. This triangle was a part of the Thames Gateway redevelopment area. “Ikea” has set up a new UK-division of “Inter-Ikea”, the so-called Landprop Holding. In 2011 it bought 10 hectares for 32 million Euro which are currently being converted into “Strand East”, a tightly packed neighbourhood with a symbolic tower, 1.200 flats – of which 40% account for 3-bedroom-apartments for families – commerce, local suppliers, offices for high-tech firms, hotels and a community center.

Doug Saunders: At its core are straight, car-free streets lined with simple townhouses and ground-floor-access flats in five-storey rows. In the alleyway behind – an imitation of the classic London backstreet, the “mews” – will be little two- and three-storey homes, all with direct access to the street. Secreted beneath is an underground parking garage, to keep cars off the interior streets. Bus lanes and pedestrian walkways will cut across it, squares and public areas abound. “Strand East” is designed to create the sense of felicity and discovery you get when wandering a historic European neighbourhood.
Unlike the common British model the houses won’t be for sale. They will remain in “Ikea’s” possession and will therefore only be for rent. It will be less likely that people will buy, wait for the value to increase, then move to the suburbs and become absentee landlords (a problem in East London). The Swedes rather have a long-term interest: They want to earn a profit over 10 to 20 years, as Saunders explains. Renting units is nothing unusual, but owning the allegedly public space between the buildings is. “Ikea” will carefully manage these spaces from above. They are supposed to remain neat, clean and pleasant, a project manager confirms.

“Auchan” will build his own city in the periphery of Paris. Copyrights: BIG Architects

Ten times bigger than “Ikea’s” urban development area is the one of the French retail giant “Auchan”. Until 2020/21 on 80 hectares of farming land and with a budget of 2 billion Euros “Auchan” wants to build his own city, with its own areas for commerce, leisure, hotels, culture, restaurants, congresses and seminars – and, for that matter, with its own rules. Along the route from Charles de Gaule Airport to Paris “Immochan”, “Auchan’s” real-estate offspring, will raise “Europa City” from scratch – the biggest private development since Disneyland in the 1990s.

“A lush and accessible green roof that undulates with the varying heights”. Copyrights: BIG Architects.

The local mayor encourages to grasp this opportunity in order to solve the region’s unemployment issue. “Europa City” is supposed to create directly and indirectly around 17.500 jobs. Bearing similar traits like an bunker, “Europa City” will be underground. It will be  covered under an expansive topography of a landscape-covered roof. Archdaily describes the landscape as a lush and accessible green roof that undulates with the varying heights of the buildings below and includes penetrating slices into the levels below with walkways.

All services, recreation (like artificial ski slopes and fun parks) and commerce will be organised along a pedestrian walkway that forms a continuous loop. The development will be serviced by the RER, the transit system of Paris+, and by a public bicycle system as well as by electric buses. Like wikied here, the roof is designed to resemble a landscape of green park space, a result of the zoning codes and height restrictions. Not only will the green roof provide scenic views of the Parisian skyline, but it will also provide insulation, treat grey water, and infiltrate rainwater for use in “Europa City”.

In my eyes “Europa City” is an non-urban concept wrapped into a sustainable packaging. At the same time it will destroy agricultural land of best quality which has been contributing to Ile-de-France’s self-supply. This choreographed shopping park will hopefully solve parts of the regional unemployment issues. It will hopefully reach the supra-regional goal of serving as a landmark and providing a connection between urban Paris, the suburbs, and the surrounding farmland. I doubt, though, whether it will ever “imitate the intimacy of Parisian streets and street-life”, according to the assigned Danish architecture firm Bjarke Ingels. “Europa City” will rather try to turn pedestrians into consumers and will keep out undesirable activities, whatever that may be.

Farmer’s markets, antique shops, bookmakers or cheque-cashing shops and internet cafes probably don’t line up with “Auchan’s” policy. Or like Doug Saunders puts it: Presumably, it also means keeping out the sort of down-at-the heels characters who make urban life colourful but challenging.

Istanbul has already pursued this segregational path for a while. Instead of creating gigantic shopping malls, tremendous gated communities mushroom all around the double-continental city at breakneck pace. “Bosphorus City” is just one example by the Sinpas Holding. It imitates a holiday feeling with its own artificial water-channel and boat rentals. For a long time, living in gated communities has become a status symbol in Istanbul – while the city itself becomes a mosaic of enclaves.

The examples have one thing in common: What counts is raising the amount of dwelling units per building slot and maximising the revenue per square meter in shopping malls. These individual interests are responsible for turning reasonable urban master-plans into cheap talk. At the end it’s the citizens and pedestrians who get the short end of the stick. Or like Saskia Sassen puts it here: In huge zoning areas, reserved for mega-projects there simply is no space for chaotic but charming street life – essential for the soul of a city.

On the one hand private investors and international developers preferring concrete to banks and on the other hand city municipalities with empty pockets. This combination is the key to an economic system which is flourishing thanks to the rapidly progressing urbanisation. We have to grow wary of what’s being planned, bought, negotiated behind closed doors and being built in front of our feet. We have to ask ourselves whether we want to live surrounded by a sum of egoisms.

These questions will occupy our minds while rushing through streets where garage doors, sterile walls and shop windows follow one after another; where private security guards (as the extended arm of the police) report anything disturbing the order. I agree that it’s vital to point out that city planning and city development have to consider higher values than raising the “micro-revenue” of just a few. City municipalities don’t have to go down on their knees before international developers and speculators.
City planning and city development rather have to take into account on how to raise the “macro-revenue” for their citizens. There exist cleverly devised tools and practices to solve this issue: Spatial planning, location marketing, infrastructure, urban design, participatory master-planning and last but not least the exchange of urban best-practices between cities. Bottom-up initiatives like “100 % Tempelhofer Feld” and innovative start-ups like “City Mart”, “Accela” as well as networks like “ICLEI”, “City Protocol” and the “Global Parliament of Mayors” offer hope to spark a shift in attitude. I wish that decisions on what is being built where and by whom will be made again by the cities, its municipalities and its citizens. Humans have to replace money as the measure of planning.