When the next Berlin Fashion Week opens its doors on 8th July, fashion aficionados from all over the world will flood the city, filling up show rooms and catwalks. Through the efforts of the Berlin administration and a very lively creative scene, the city has managed to position itself as one of the fashion capitals in Europe. While hundreds of local labels already create here,  others keep joining them from all over the world in a constant inflow of talent.

In order to find out more about how fashion designers in Berlin live and work, INPOLISconducted a small research in association with the UK AHRC CREATe Project. Central question was the role of intellectual property in the work of fashion designers in Berlin[1]. Based on the assumption that intellectual property cannot be envisaged separately, but that it is tightly knit together with the way they see their work as a whole, we tried to understand the multiple challenges that designers face in their day-to-day life.

We interviewed 12 fashion designers using two different points of entry: the first was Nemona, a network of 50 fashion designers based in Berlin-Neukölln and the second was through existing contacts from a former research project in Berlin-Schöneweide. Access through these two networks had the advantage of working on already established relations of trust, but it also had two major limitations: a) the Nemona network supports young fashion designers and by definition does not include larger businesses that have been in the market for a long time and b) both groups are locally concentrated in rather low-cost areas (although Neukölln is currently undergoing a fierce gentrification process), which also represents an important bias in the type of businesses that were questioned.

This and the following blog entries sum up and interpret their responses, which we have grouped in two categories: a) access to resources, that includes the major challenges that small fashion designers in Berlin face on a day-to-day basis, c) Berlin and public policy, which is the interviewees’ assessment of the broader urban context including some policy recommendations. 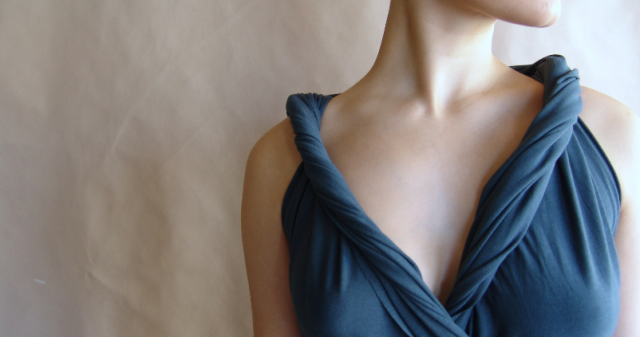 According to all interviewed designers, lack of funding is the foremost and most pressing problem in their business. This may take different forms:

i) Access to seed capital was the most common issue among younger businesses. Designers start off their business with an initial idea and then look for a way to put it into action. They tend to work themselves and produce a very small number of items by hand (i.e. no machines). Although the Berlin Senate (i.e. government) has created appropriate instruments (microcredits), fashion designers tend not to use them (none of the interviewed designers had used the possibility). The main reason that was mentioned was the lack of knowledge to assess the possible success of their venture and thus also of the chances of repaying even this small credit. When money is needed, it is borrowed among friends and relatives.

ii) Growth capital is different, as fewer of the interviewed designers have reached the point of growth were new capital is needed. Two of the interviewees were in the process of applying for growth capital and both were in negotiation with public funds: one with the federal KfW (Kreditanstalt für Wiederaufbau) and the other with the “Creative Fund” of the Berlin Investment Bank (Investitionsbank Berlin, IBB). Growth capital is mostly needed for the purchase of new machinery, use of skilled labour and access to markets (s. following blog entries for the two last points).

[1] With special thanks to Professor Angela McRobbie, Goldsmith, University of London,  who heads the European research project and to Vasso Consola, the talented designer who was paramount in our understanding of how fashion business works.