A tour of the Trevira fibre production plant

Many economically weak, peripheral regions seem stuck in a vicious circle: private investment withdraws and is followed by disinvestment in public infrastructure and services (or the other way round), causing demographic decline, which then starts the downwards circle all over again. An economic system that is moving further and further away from redistributive or countercyclical measures seems to perpetuate the problem. For some years now, our team at INPOLIS has been working on such an area in Germany, Niederlausitz (or Lower Lausitz), a region squeezed in the south-eastern border of the German state (Land) of Brandenburg, between Poland and the neighbouring German state of Saxony[1]. One of our latest projects, COBRA, is an attempt to think of new economic opportunities in and for that region[2]. After completing the first phase of the project, it is time to draw some preliminary conclusions and share our thoughts with you.

COBRA stands for “Collaborative Labour Opportunites in Brandenburg” – a 1.5 year-pilot project, seeking for new cooperation on the local labour market in rural Brandenburg as an innovative approach to regional development. Its conceptualization and implementation as well as the possibilities and limitations of this project are the topics of this post.

COBRA is part of the ”transnational knowledge and experience exchange” programme supported by the Ministry of Labour, Social Affairs, Health and Family State of Brandenburg with funds by the European Social Fund and the State of Brandenburg. At the core of the project stands the connection of young talented people, who graduate from Universities all over the state of Brandenburg, with regional companies in the Niederlausitz region. Over a time-period of 1.5 years small mixed teams (students, young professionals and companies) will be working together, looking for answers to some concrete challenges that these regional businesses face.

What has been done so far?

Sophie presenting a prototype of her team’s work with the metal processing company.

We had a very productive first workshop from May 12-16 at the beautiful Lake Deulowitz located right next to the town of Guben in Niederlausitz. Graduates and young professionals in the field of the creative economy came together in groups and were partnered up with three regional companies: A major yarn producer (Trevira GmbH) looking for new ways to improve innovation processes; a metal processing company (Glas und Leichtmetallbau GmbH Joachim Dulitz) interested in solutions for their waste materials; and a local NGO (Pro Guben e.V.) that is curious on how to recruit young people for their cause.

During the workshop experts shared their knowledge on idea creation, collaboration and product development. This particular knowledge exchange supported the workshop-participants in developing competences in the domains of self-reliant working, project management, teamwork and network creation. The camp and the possibility to work one week within the region, close to locals and close to local challenges, allowed the participants to dive deeply into their particular tasks and to create an environment of trust with their local project partners. At the end of the workshop week the groups presented their preliminary ideas to the local companies and received very positive feedback. For some impressions, check out our COBRA blog (in German).

What COBRA can do 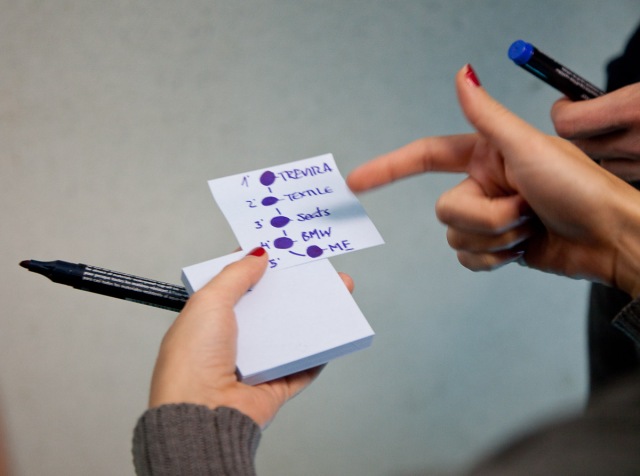 COBRA and similar projects can be very helpful for individual companies, assisting them in developing innovative solutions – whether in their processes, structures or products. It can also help a limited number of your professionals to achieve new skills that may later be useful at some labour market – though not necessarily the local one. Also, it helps create a momentum in the small peripheral town of Guben, engaging people with enthusiasm into new networks. Finally it can show that the Niederlausitz Region is not as dead as the economic policy of the State of Brandenburg makes it appear (s. below on what COBRA cannot do).

Our own experiences with COBRA and the positive feedback in the press have shown that people in the region are both desperate and highly motivated when something gets going. They engage with enthusiasm in anything that promises new perspectives in regional development.

What COBRA cannot do 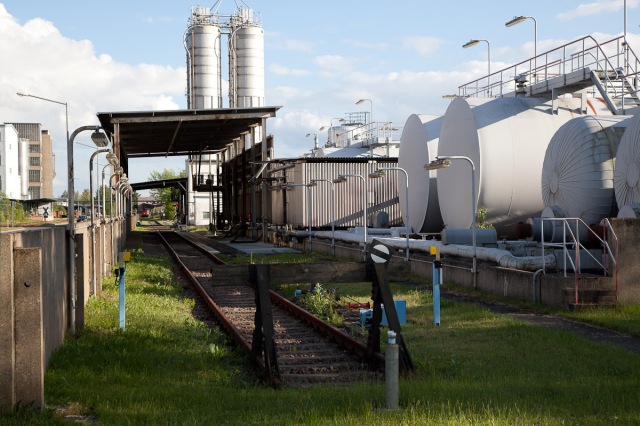 What COBRA cannot do, though, is to single-handedly provide the answer to the core problem of the Niederlausitz region: the dismantling of the former East German industry and massive job loss that occurred in the course of German reunification and the ensuing lack of employment opportunities today. COBRA, operating on a micro level, cannot solve a macroeconomic problem, which can only be tackled at a much larger scale. “Strengthening strengths” is the motto of the economic strategy for the State of Brandenburg. In its core, it proposes to solely focus state efforts on those areas that already show economic viability, while neglecting others not so prosperous-looking ones such as the town of Guben and its surroundings in Niederlausitz.

Where is COBRA going next? 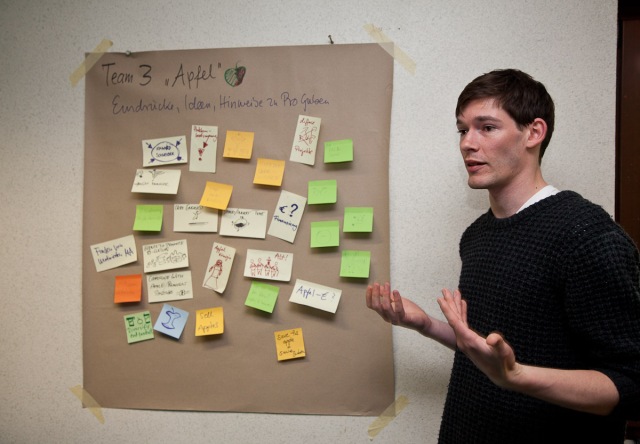 Markus Kather of INPOLIS trying to make sense of the results

Now that the first project weeks is over, the work groups, supported by the cooperating companies and INPOLIS, are now developing their individual projects further.

At the same time, we at INPOLIS are already putting our heads together thinking about a second workshop in the Niederlausitz in September. COBRA had a good start and the first results are promising. However, our aim is to turn COBRA into a more sustainable format run by regional stakeholders independently of us, a pilot project which can potentially be applied to other regions. Currently we are researching other approaches worldwide that connect members of the creative economy with local production companies. The Institute of Place Management in Manchester, Region of Crete in Greece and the town of Gubin in Poland (right across the river Neisse from Guben) are our transnational partners in this task.

Our second direction of thought for COBRA is to move away from ideas of seemingly clear geographically defined regional innovation systems towards notions that look beyond those boundaries: Concepts of space that emphasize transregional and international integration of local firms and projects – rather than thinking in locally locked regional value chains.

As we are looking for better ways to integrate international cooperation partners we are open to any ideas and comments from our readers.

[1] We have written extensively on Niederlausitz in the past here and here. Ares Kalandides had written a critical blog entry about the effects of regional development plans that are based on endogenous growth here.

[2] We had first introduced the project here.

3 Responses to Economic opportunities in peripheral regions: some considerations