Urban Foresight in Times of Meteorites

On the 15th February 2013, Chelyabinsk Obast in Russia was hit by the glowing remainders of a meteorite which entered the earth and caused approximately 1’500 people being injured and 3’000 buildings in the region being damaged. It was the first time since 1908 that a meteorite of that size reached the earth and resulted in such a scale and scope of injuries and damages. Following these unforeseen news, it did not take long until experts discussed possible impacts of meteorites on our cities. Not well known to the broader public, this has actually been a concern amongst scientists for much longer, but no political decision maker (with one eye on the budget and the other one on the next elections) seriously wanted to put this ‘national security’ issue on the agenda.

While the event in Chelyabinsk can be interpreted in many ways, I would like to show how Urban Foresight can be of great help in dealing with unforeseeable events like these. By definition, the relatively young discipline of foresight can be defined from the viewpoint of management studies as the

In a shorter version, one could say that foresight is about imagining the future by thinking about possible and impossible futures. While this might sound logical and promising, it is by far not very common in practical planning, policy-making, strategic design, or the broader public discussion. Due to patterns in our thinking (cf. the 2011 published popular book “Thinking, Fast and Slow” by Daniel Kahnemann), we tend to imagine the future by projecting past events and patterns onto future ones. One could also say: We are quite simple and uncreative in looking forward.

Meteorites are not the only example of threats to our cities we have not really considered so far, but that pose tremendous challenges to our urban future. Here, Urban Foresight comes into play: Existing paradigms of how cities are, function, and develop need to be questioned – not completely and always, but when imagining visions and designing strategies for better urban futures. It is principally about alternative scenarios for planning, policy-making, strategic design, and the public discussion.

In an multidisciplinary approach, an Urban Foresight team analyzes future drivers of change in order to think about long-term trends in urban development that are currently not shown in quantitative models of development projections and other types of forecasts. While this task resembles city visioning processes in that various stakeholders actually need to be in a dialog with each other in order to bring together various viewpoints and different knowledge, it differs with respect to instruments like the SWOT analysis. In that case, opportunities and threats would be thought of in a much more out-of-the-box style. Then, strengths and weaknesses of a city (or a place) would necessarily be redefined, based on what formerly was perceived as an impossible direction of a city’s future development.

The idea behind Urban Foresight is – besides dealing with (im-) possible negative changes – to innovate: Once we consider the less likely futures, we have a chance to give our creativity the space for designing possible futures for our cities. I will not go into the details of foresight with regard to its stages (scoping, ordering, implications, and integrating) or its various tools (such as wind tunneling, scenario building, and back-casting). But I would like to highlight two features:

When thinking about drivers of change, one tends to look at the object (the city or any other place or thing) and limit the perspective on the multitude of interrelations with other objects. At this point, ‘wildcard’ drivers should be considered. Those are drivers that are unlikely, but that – if occurring – would have a severe impact on our studied object. This opens up the analysis and enriches possible results of foresight exercises.

The second feature I would like to highlight is the challenge in the fourth foresight step of integrating. Here, findings from the foresight exercise need to be integrated in the current management of the object (such as the planning for a sustainable transport system, or the policy-making for a city). Without any doubt, we can easily imagine how difficult this can be in real-life politics. The realities on the ground often necessitate a strategic translation of foresight findings into advisable recommendations for decision-makers. This is not an easy task, but windows of opportunity might be of help (such as meteorites…).

Urban Foresight is still relatively new to the field of urban management professions. However, events such as in Chelyabinsk on the 15th February 2013, or less galactic ones such as the fall of the Berlin Wall on 9th November 1989, or more recent ones such as the uprising in Arab cities since 2011, underscore the potential of Urban Foresight in improving our ability to deal with future complexities and uncertainties in a pro-active and strategic manner. 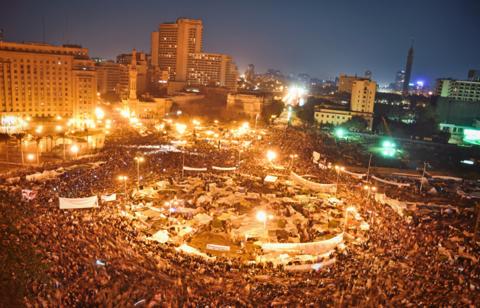 More information can be found here:

2 Responses to Urban Foresight in Times of Meteorites