High-tech seems to be tired of suburban business parks and enters the cities. The urban turn that has been taken by most creative industries now hits the epicentre of the world’s high-tech industry, the Silicon Valley. A closer look at the gradual shift.

The Silicon Valley is hard to map: It is this vast strip of sunburnt land in northern California – starting south of San Francisco and stretching via Palo Alto (home of Stanford University) to the outskirts of San Jose, California’s biggest city, 50 miles south of San Francisco. Much more than a geographical place, the Silicon Valley is a milieu of innovations, characterized by a large pool of skilled engineers and scientists from major universities in the area, funding from an efficient network of venture capital firms, and, especially in the early stages, the institutional leadership of Stanford University. It looks anything but spectacular – you may not even notice while driving through – but it’s the birthplace and the capital of the electronic empire.

A never ending sprawl of greenhouses, shopping malls, single-family homes, parking space and: office parks. Thousands of look-alike nondescript office buildings, containing start-ups as well as the business leaders are lining the highways down Santa Clara Valley. Until now tech firms didn’t seem to mind the lack of architecture or urbanity – the networked nature of Silicon Valley seemed to obviate the need for a real city. But recently the traditional boundaries have expanded north, first towards the more walkable areas of San Mateo and Palo Alto and now well into the urban core of San Francisco.  “I love cities and I love living in cities“, Jack Dorsey the co-founder of Twitter says. Creative workers increasingly use transit, they walk or bike to work and use nearby options for socializing during nonwork hours. A major part of this urban turn is rooted in the changing nature of technology itself. Companies that designed and manufactured proprietary chips, software systems and built computers employed big engineering teams and were more like factories – they needed big suburban campuses. Today’s social media and mobile application firms have much smaller footprints. They appreciate high levels of interaction and the proximity to retail, advertising, media, financial services, education, publishing, communications, fashion and music.

In the beginning it was only the start-ups – Twitter, Dropbox, Pinterest, and Square, to name just a few – who were taking up residence in downtown San Francisco. In the meantime, employment figures are proving this shift as well. While San Jose, in the heart of peri-urban Silicon Valley, still has a much higher number of people working in tech sectors, San Francisco’s technology industry is growing faster, especially since the economic recovery began in the region in late 2009. In early 2012, 94,100 people in the San Francisco metropolitan area worked in tech jobs, according to data from California’s Employment Development Department. That was up 10% from 85,400 a year ago. Tech companies in the San Jose metropolitan area employed 211,000 people, up 3% from 205,000 a year ago. Social media firms like Airbnb and Twitter are hiring in San Francisco whereas “classic Silicon Valley” firms like H-P and Cisco laid off thousands during the last years. While Northern California’s tech cluster will always be a regional economy, and the epicentre today is still most likely on a parking lot of a Santa Clara office park,  in a long term perspective the geographic boundaries of Silicon Valley are expanding towards the city. 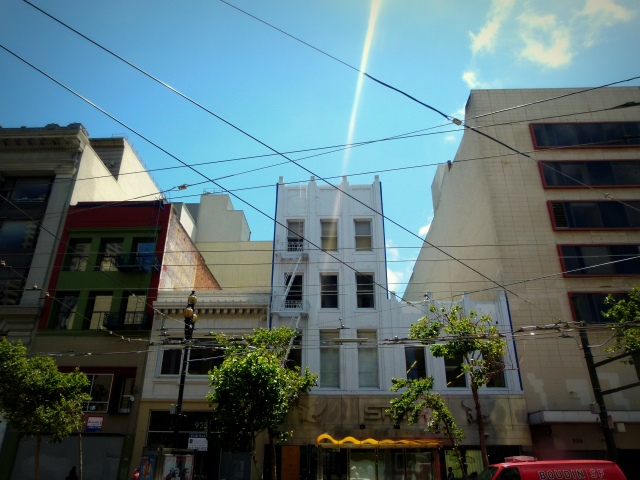 How does that shift transform the Bay Area? The urban cores as well as the suburbs? Most notably tech is transforming San Francisco’s South of Market (SOMA) district – an area made up of old warehouses and shiny high-rises right next to the financial district. Within a few blocks a unique clustering of technology firms, hip bars and world class restaurants attempts to define Silicon Valley new. And the trend is affecting the neighbouring districts as well. Creative industries and tech firms are discovering formerly blighted areas: Twitter just moved its headquarters to a giant formerly vacated old furniture market in the gritty Central Market district. The other side of the coin is the strong rise of rents in San Francisco that could prove to be the city’s Achilles’ heel. Declining vacancies and sharply rising rents are not only threatening the expansion of start-up companies within the city limits, the lack of affordability also has the potential to destroy the foundation of San Francisco’s boom: density, diversity and urbanity. While downtown San Francisco is filling up and evolving firms are seeking spaces to grow, the other urban cores of the Bay Area become more attractive. Oakland – on the other side of the Bay Bridge – notorious for blight, crime and social tension, but offering an abundance of raw, urban spaces, may profit from that development. And also the centres of Silicon Valley cities like San Jose may be worth considering, because of their affordability for families compared to San Francisco. When trying to attract talent and companies from places like San Francisco, the strategies should be clear: density, walkability and public interaction. Introducing a regional strategy for economic development, focusing on transit-oriented employment areas, could result in more sustainability and advantages for both, San Francisco and the cities of the “old” Silicon Valley.