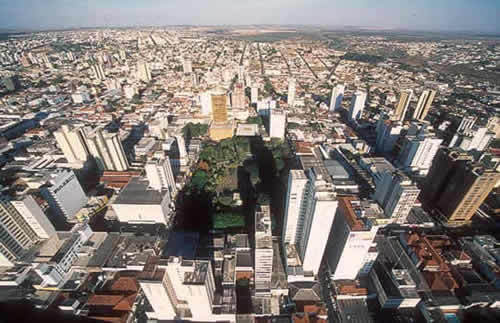 Uberlândia – Uber what? Denmark, The Netherlands, or a city in J. R. R. Tolkien’s Lord of the Rings? Far from that! Uberlândia is actually a medium-sized city in Brazil (population: 604’000). On first sight, the city seems to be nothing more than the second-largest city in the state of Minas Gerais. Uberlândia is strategically situated between Brazilian’s coastal urban areas and the hinterland, thus making the city a major logistics hub. But one major project that has been implemented in Uberlândia for the past 20 years exemplifies what we can learn from cities in the second- or, in this case maybe even, third row. It is about going beyond the prime big shining examples we (professionals in academia, the media, politics, and business) are likely to look at most of the time.

Uberlândia has implemented a project aiming at 100% accessibility to public transportation. The idea has been that people with disabilities should not be excluded and made dependent on separated transportation modes. In contrary, transportation in Uberlândia is understood as the key to social inclusion – an approach first advocated by social movements in the city. 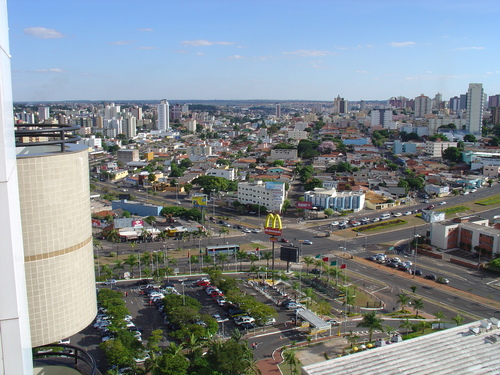 As it is highly relevant in many place management and development initiatives, the progress of Uberlândia’s accessibility project depended on actual legislation and the set-up of institutions in order to make the ‘topic’ an ‘issue’ that has to be taken into account by policy-makers, public officials, and other parties concerned. Furthermore, a program can only be integrated in existing policies, when institutional settings are adapted to the stakeholders’ interest. In the case of Uberlândia, this meant to set up an Accessibility Division with direct links to the Urban Planning Department of the Municipality. Civil engineer professionals were educated and informed about new laws and policies to enhance the accessibility of disabled people. Their concerns have been advocated and included into public policy by the newly created Municipal Superintendence of People with Disabilities and Urban Mobility. Together with the Municipal Council of Disabled People, the newly set-up institutions have helped to make accessibility concerns heard in Uberlândia’s policy making and, of equal importance, policy implementation. This process has been accompanied by public awareness campaigns.

While the federal government of Brazil (co-) financed project elements, such as the upgrading of infrastructure, Uberlândia’s administration also kept costs of this single project down by drafting laws that made accessibility mandatory in all local projects, thus shifting costs to other departments, thereby also increasing their awareness for the issue and ensuring the sustainability of the policy efforts. The same accounts for private sector-contractors implementing government policies and programs (such as the transportation companies that had to purchase and upgrade their bus and van fleets to meet accessibility requirements).

By becoming the first city in Brazil in 2009 that offers 100% public transportation accessibility, including improved sidewalks, bus stops, and public buildings in the Municipality, the success of Uberlândia’s project cannot be questioned. Related to the transportation development has been the access of disabled people to education and the employment market, where also improvements could be identified. It has been an important framing of this project that it was not just advocated as an engineering intervention. Accessibility has been connected to a culture of mutual respect and social inclusion, while enhancing the self-esteem of disabled people, otherwise often excluded from everyday social, economic, political, and cultural life.

Uberlândia has become a best practice for other cities in Brazil and worldwide, with political representatives visiting the city to understand the possibility of successful implementation of 100% public transportation accessibility. And since also other projects, such as for affordable housing, have been implemented in this city, Uberlândia underscores that we should increase our curiosity for second- and third-row cities in order to learn from their experiences. As the group of ‘first-class world cities’ is limited and rather specific with respect to resources and capabilities, many cities can benefit more from learning about policy-making and implementation in ‘ordinary’ cities.