Sex and Drugs and Rock-‘n-Roll: Welcome to Amsterdam 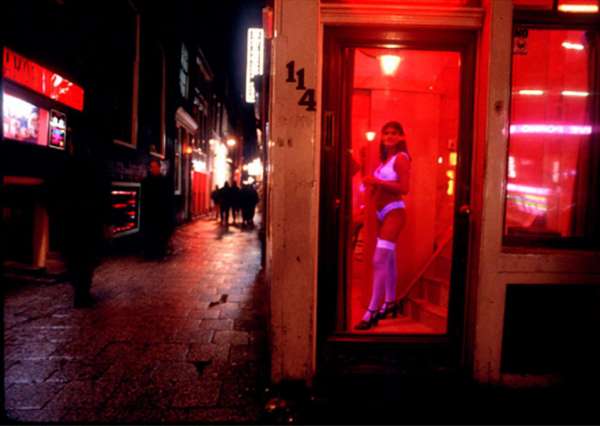 The Red Light District in Amsterdam

“DNA is the main carrier of genetic information of living organisms. This means DNA determines who you are and what makes you one of a kind.” This is the message in the introduction to the roughly 100-page-long Visitors (sic) Guide to Amsterdam issued by the Tourism & Convention Board. Dutch DNA is the theme of the year in the country’s branding campaign and evolves around four axes: design, fashion, architecture and heritage (or design 1,2,3 and everything else).  The inspired text goes on: “The Amsterdam DNA embodies characteristics that are inextricably linked to the spirit of freedom and the longstanding traditions relating to tolerance, freedom of speech, a spirit of commerce and creative liberty”. (Yes, they have read their Florida, but am I mistaken or is the far right in the Dutch government at the moment? Did something go wrong with that DNA?). What is even more interesting is that 20 pages of this little booklet consist of advertising for escort services (99% for heterosexual males).  Spirit of commerce indeed.

But I think my favourite is the two Police and Safety pages with topics such as red light district, normal behaviour (yes!), screaming and shouting, urinating in public, alcohol use in the streets (I’m skipping one here), prostitution, hard drugs, soft drugs, fake police officers, fellatio in parking lots (OK, I made this up) and parking is not free (I did NOT make this up!).  Let’s put all that in the blender and look at the DNA of your average Amsterdam tourist as it pops out: He (male of course) travels to Amsterdam to finally get laid (in 1% of the cases with other blokes), drinks too much (so that the 1% increases significantly), urinates against the Dutch heritage sites, takes hard and soft drugs (alternately or in combination) and parks in all the wrong places, where he is fined by policewomen dressed up like Cagney & Lacey. At the few lucid moments when he is not doing any of the above, he is interested in design, design, design and all the rest.

As a male tourist visiting Amsterdam at the beginning of July, this booklet finally made me feel at the centre of attention. The little masterpiece was put together for me (yes, there are some basic mistakes, but nobody’s perfect), but unfortunately I saw it too late.  I promise I’ll behave accordingly next time.

PS. I know I am being unfair with a city I love, but I was really pissed off with some Dutch academics, so I had to write this. Also, I was sure the title would catch everybody else’s attention.

3 Responses to Sex and Drugs and Rock-‘n-Roll: Welcome to Amsterdam